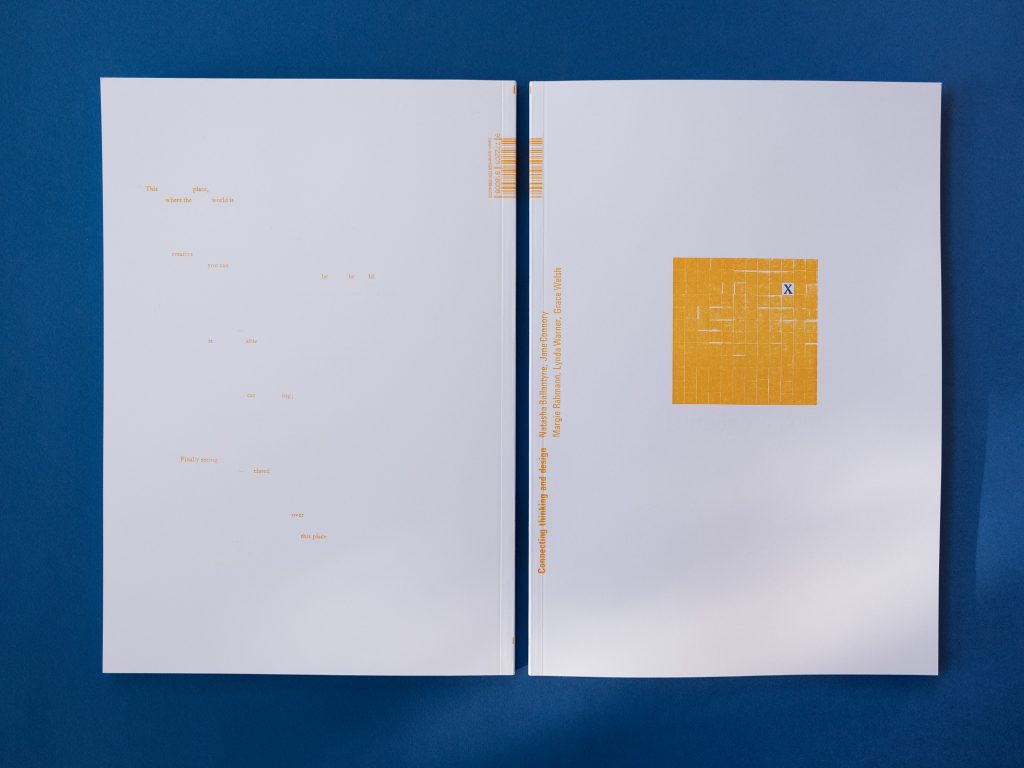 In this post I want to talk about the cover story behind the design of Ligature Journal Issue Nine. The issue is the third and final in a series of issues considering the theme; Design and Place. The internal design of each is completely unique. Thus the design of this cover was critical for two reasons. Of course we want an intriguing and unique design. But we also needed this cover unify with the other covers in the series in some way. To get the result we needed the team was asked to study the previous two covers (issues seven and eight) carefully. Then we let them loose on the letterpress. (Since issue six we have designed and printed our covers in-house on our letterpress).

The Path to a Solution

The team gravitated very quickly to an almost minimalist typographic solution. They drew on just a few elements from the past issues. These included some of the colours, an ‘X’ and an oblique reference to the grid on the issue seven cover. They combined this with something new. During the course of the lock down team member Samantha Jones had written some really evocative poetry. The text appears in full on the inside back cover and a reduced version creating a new poem on the back cover. The colour block on the front cover references the grid from issue seven. We constructed the block from 18pt Em quads, which we lifted to type height with plywood and card. Em quads are never meant to be printed so are not particularly flat. This is what creates the grid effect and gives the block its lovely texture. We lowered the quads again to their normal height for the printing of the ‘X’.

The result? Just want we wanted, a unique design that unifies the series. A design that draws on the elements of the previous covers in a way that links the issues in a low-key way. Individuality has not been lost to the obvious.

What are you looking for?